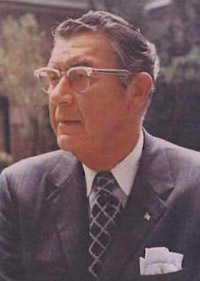 “The state of mind of most physicians today is one of profound disquiet. This grows out of the threat we feel each day to our profession. Almost daily there are new infringements on the way we practice — intrusions by government and other third parties. Almost daily there are attacks on our methods of practice, on our methods of payment, even on our motives and our life styles. All too often these attacks are not given fair tests for accuracy and truth. And always there hangs over us the looming specter of a massive government program — undefined at the moment and doubly disconcerting because of this uncertainty.”

The birth of the American Association of Clinical Urologists in 1968 was preceded by a gestation period of several decades of growing concern by American urologists. To understand its relationship to the AUA and to appreciate its origin and subsequent development, one needs to know a bit about the socio-economic and political atmosphere of the period that preceded 1968. In developing this history the Historian, in addition to his personal records and memories, relied heavily on written recollections of the Past-Presidents of the AACU as well as the minutes of meetings preserved by the various previous Historians.

Charles Hoffman and Russell Carson invited the AUA Section Presidents and some others who had similar concerns to a breakfast gathering to be held during the AUA 1968 Miami Meeting. The purpose was to explore the founding of the American Association of Clinical Urologists.

The concept was a 501 c.6 organization whose mission would be to provide information about issues affecting socioeconomic and political spheres of our profession, and to influence directly the resolutions of those issues by providing one-on-one communication between urologist and legislator in order to assist in the development of suitable legislation in the best interests of private clinical patient care. The socio-economic and political purpose always was to complement the AUA, not to compete with it.

There was a “Need” for urologists to be active politically, political action required a special 501.c.6 organization separate from the AUA.